Bill was born into the world of engineering, He lived over his grandfather’s premises and workshop until he was 4 years old when he moved next door. The workshop became a very exciting place for him as he grew up, watching time served craftsmen working on all sorts of cars, motorbikes, bicycles and machines. It was very different then as there were no exchange parts everything was repaired or made on site. The opportunity of being in this environment at an early age sowed a seed and started his interest in all things mechanical.

Bill worked for his father every school holiday and served petrol on Saturdays, when he left school he started full time at W. F. Parr & sons at Harrow Weald, he served his apprenticeship in all departments of a main dealership and attended George Stephenson technical college where he achieved membership of the Institute of Motor Industries (AMIMI) and the Institute of Road Transport Engineers (IRTE)

During his apprenticeship he was instructed on many vehicle makes to include Austin, Morris, Rover, Land Rover, MG, Triumph, Jaguar, Ford, Vauxhall etc. he also attended factory training courses and he became an MOT tester.

When his father retired Bill started a new business with his wife Martha. Parrs Garage Ltd at Harrow, they later acquired accreditation to ISO9002 (BS5750) and Bill was made a fellow of the Institute of Motor Industries (FIMI), several Insurance company approvals followed.

Bill has always been very interested in classic cars and automotive engineering, keeping up to date with modern technology and moving on to now work with his son Harry.

Due to Bills interests in Engineering Harry was also introduced into this world at at a young age, gaining the desire to understand how anything and everything worked. Bicycles turned into motorcycle restorations and eventually at 18 Harry restored his first classic a Series 2 Land Rover including a complete overhaul of Engine, Gearbox, Transferbox and Axles, he still has the car today.

Harry graduated from the University of Bath in 2012 with a Masters degree in Mechanical Engineering. During this time he took part in Formula Student. The competition challenges young engineers to design and build a single seat racing car from scratch, it attracts teams from all over the world with over 120 teams competing at the UK event at Silverstone, this experience taught him a huge amount of theory about all aspects of car design including suspension, steering and engine technology.

During this time Harry developed a keen interest in car electronics. He was instrumental in the installation of an upgraded engine dynamometer test cell for the team. Using this test cell he mapped and programmed the cars ECU and datalogger. This experience brought him inline with the cutting edge of the control systems found on a modern car.

After graduating Harry choose to move back to Devon and work with his father to improve his practical and technical skills.

With Harry’s skill in electronics and diagnoses and Bill’s engineering skills they make a formidable team with four generations of experience to call on. 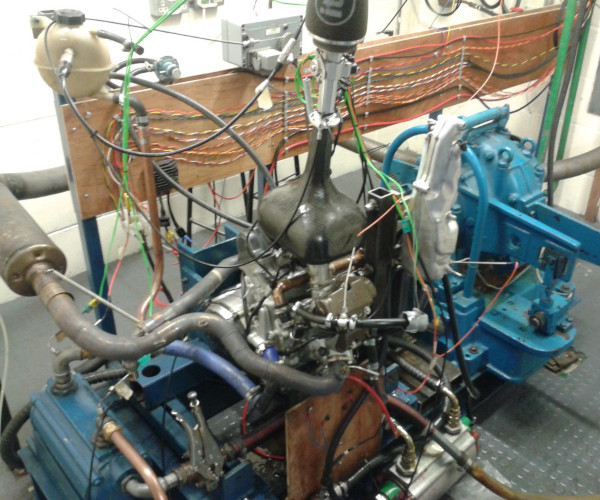